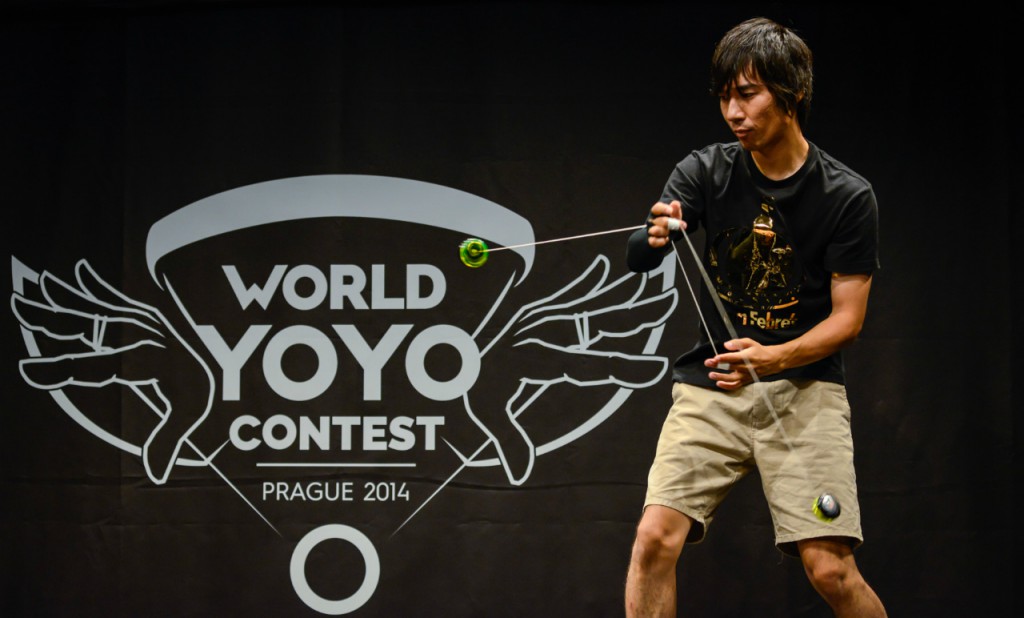 I became interested when I saw my friend [playing yo-yo].

Koji Yokoyama. If it weren’t for him I wouldn’t be who I am today.

Q4. What made you choose 2A as your main style?

I practice the tricks I think I want to do at the next contest.

Q6. How does that change when you are preparing for different types of contests?

On weekdays I do nothing but practice each trick in my routine’s order at home. On days off I rent a room and do nothing but repeated, full run-throughs of my freestyle with music.

Q7. Do you have any good stories from before you became a world champion that you want to share with us?

Q8. How did you feel when you became a world champion?

Q9. Is there anything that changed for you after becoming a world champion?

I guess I have been practicing more than ever.

Q10. How do you feel going into this year’s World Yo-Yo Contest?

I’ll try to do [my freestyle] relaxed.

*Translator’s note: The Japan Level was the Hyper Yo-Yo (1997) authorized “THP-Japan Pro Spinner Level.” In that level there were many 2A tricks.

Many thanks to Takuma Yamamoto! We wish him the best of luck at WYYC2015.