At this year’s Japan National Yo-Yo Contest, we received contest backup support from the students of the Clark Memorial International High School, Akihabara IT Campus. They were incredible volunteer staff and we are excited to announce that they will be back to help us out at the World Yo-Yo Contest 2015.

In working with the school, we also received an offer from their “Product Design OJT” to develop some commemorative items for the World Contest.

Back in May after Japan Nationals, our organizers met with Clark students to discuss ideas. Some of the original goals of the project (among other things) were: 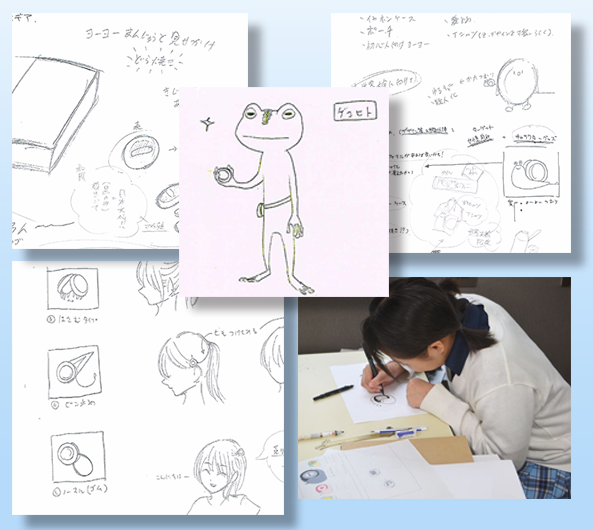 The students’ hard work brought out lots of fresh ideas, many of them things that hadn’t been done in the yo-yo world before.

After a lot of time and consideration, they ended up going with the basic idea of creating a yo-yo character mascot, and finally decided to use HINATA’s design of a group of snails carrying yo-yos on their backs. The snails are called “Tsumuta Family.” 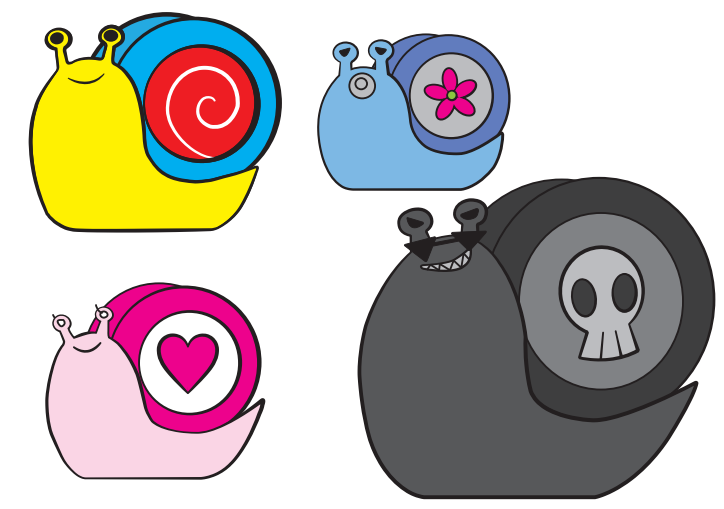 These designs were chosen, not only for the reason that they are simple and cute, but also that National Yo-Yo Day falls on June 6th. In Japan, June is the beginning of the rainy season and a time when snails begin to appear everywhere. JYYF loved the idea and approved it as an official mascot.

After deciding on a mascot, the next thing was to decide what kind of goods to make.
Since at the World Contest we anticipate that many random people will filter through the contest’s public hall, the students decided on products that would be especially appealing to the general public. Working together, we decided on the following goods: 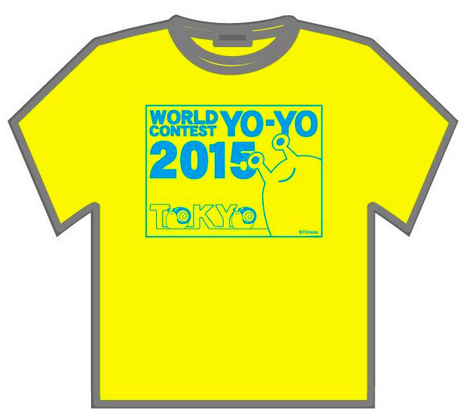 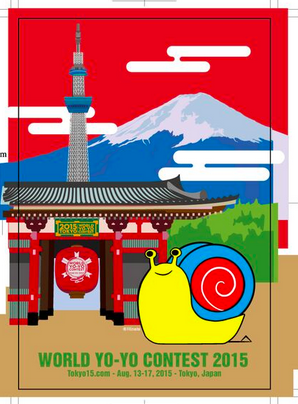 All of the goods mentioned above can be purchased at the World Yo-Yo Contest Official Booth on 1F.

Also, it won’t be sold, but we made a 3D printed Tsumuta yo-yo stand and Tsumuta stamp, both of which can be found somewhere in the event venue.

We hope you have fun finding the Tsumuta Family in various places throughout the World Contest venue.
(By the way, in case you wanted to know, apparently Tsumuta’s favorite food is cheese!)

After the World Contest, JYYF plans to use Tsumuta Family in future projects such as our JYYF niconico Official Channel. We hope you’ll look forward to seeing their cute smiling faces from here on out!

[Announcement] Fundraising to Support the Earthquake Disaster Recovery in Nepal

The students of Clark Memorial International High School have been conducting fundraising activities to help the recovery effort in the disaster area of Nepal from the earthquakes that happened this past April. We have partnered with them to support their fundraising.

For the duration of the World Yo-Yo Contest 2015, we will have a collection box available at the World Contest Official booth on 1F if you would like to contribute.